One year ago, unaware of the pandemic that would strike the globe in 2020, the SouthTRAC aircraft campaign took place in Río Grande and El Calafate, Argentina. Since then, data evaluation has been revved up to full intensity, and many instrument groups were able to present interesting preliminary results during a recent (virtual) meeting. This encompasses novel evidence about the occurrence and propagation of gravity waves over the Andes and the Antarctic Pensinsula that interact with the polar vortex, transporting energy into the middle and upper stratosphere. Air mass transport is investigated with interhemispheric comparisons, studying characteristics of exchange between the stratosphere and the troposphere, and within the lower stratospheric regions. Chemical composition analysis is performed on various fronts, one of the most intriguing being the observation of a large number of tracers for biomass burning that occured in several places during the campaign season, predominantly Brazil and Australia. These examples nicely illustrate the long range impact of local emission or excitation events with often global effects. Also plans were made for publications, and first results will be disclosed to the public this year.

A film team had accompanied the scientists, engineers and pilots that were involved in the gravity wave activities. Just recently, they compiled a movie showing the stunning landscape and sky of Patagonia, the unusual work places of the participants and the cutting-edge science they pursue. Really worth watching! 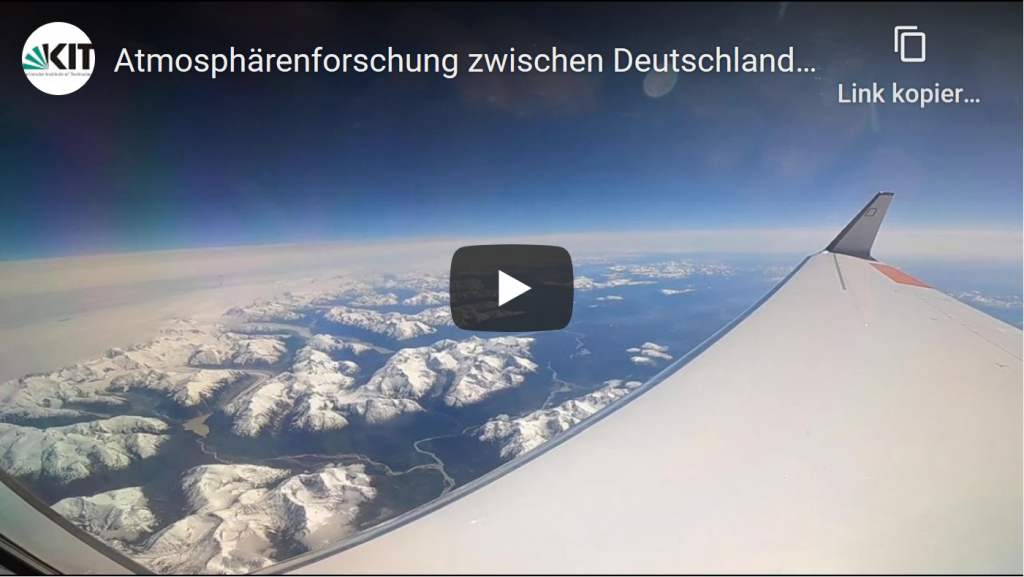 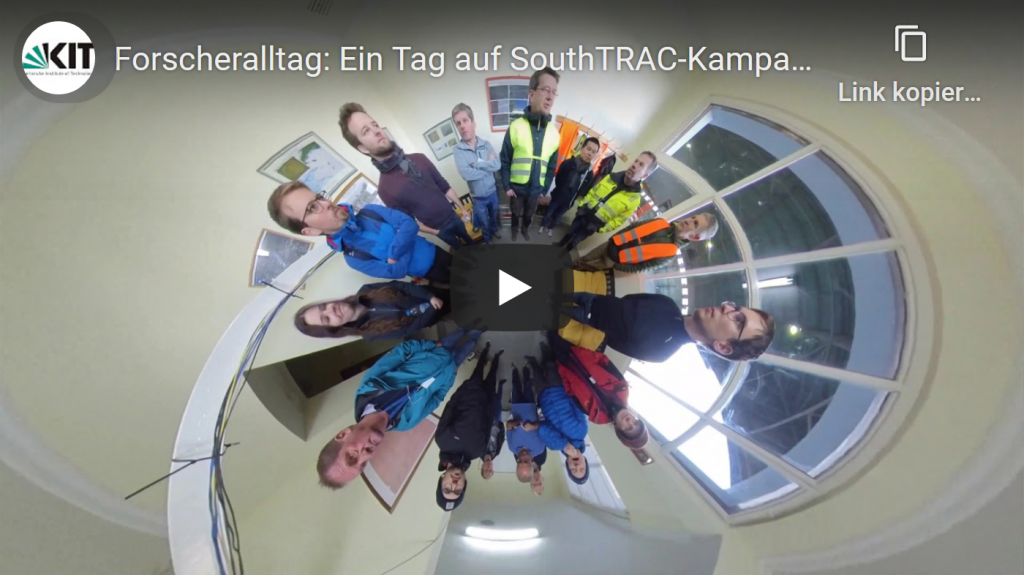 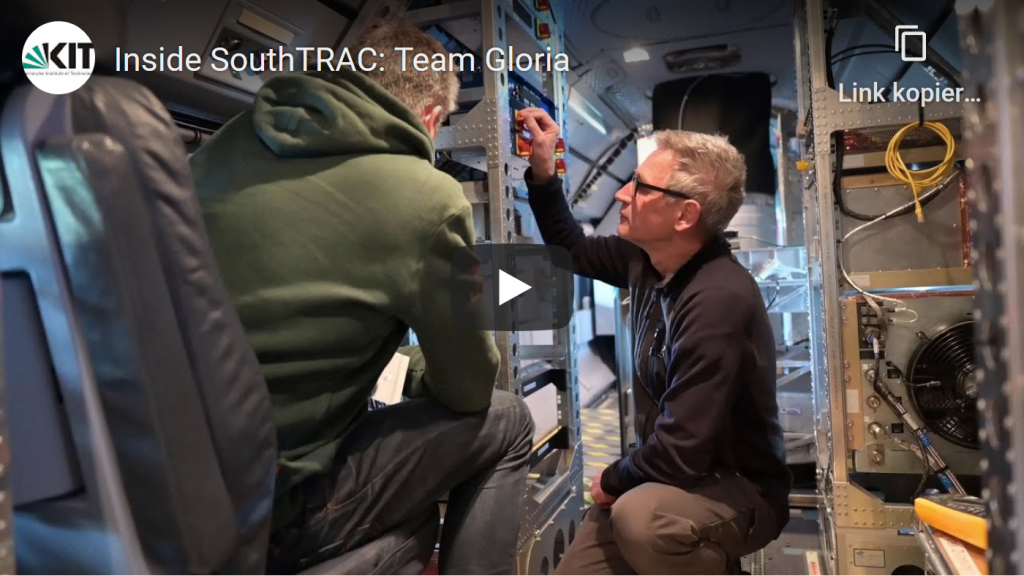 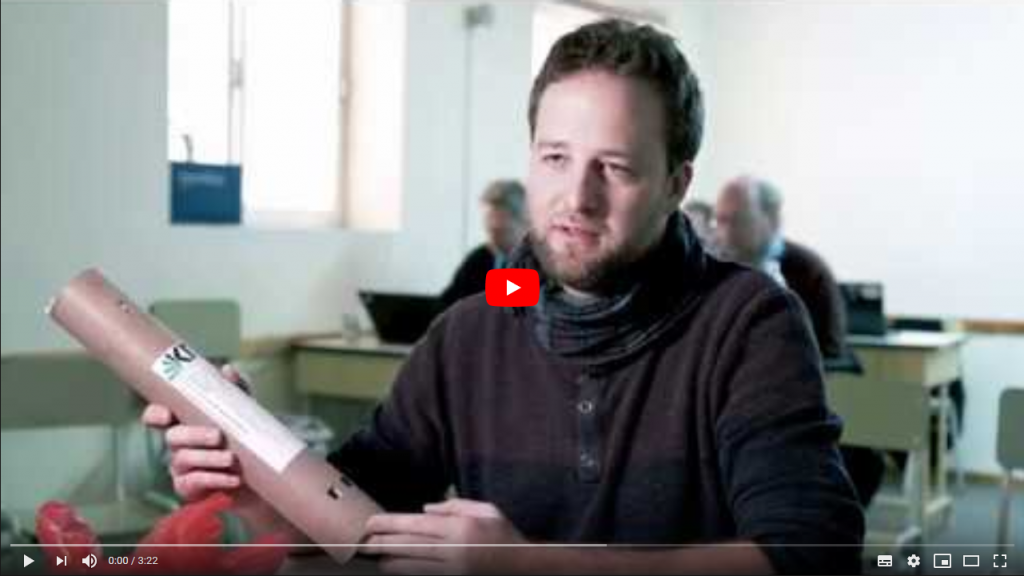 Yesterday evening, 27th November, HALO safely landed in Oberpfaffenhofen after three days of transfer from Rio Grande with stops in Buenos Aires and Sal. All scientific Instruments will be removed from the aircraft in the next days followed by a detailed inspection and maintenance of the aircraft.

END_OF_DOCUMENT_TOKEN_TO_BE_REPLACED

Wednesday night, 20th November, the last two radiosonde balloons of the SouthTRAC campaign were released from Rio Grande Airport.The SouhtTRAC team has started the preparations for the return to Germany.

END_OF_DOCUMENT_TOKEN_TO_BE_REPLACED

Third local research flight was successfully completed on Friday, 15th November, and ended with landing in darkness to allow for synchronous measurements of the airborne lidar (ALIMA) and the ground-based lidar (CORAL).

END_OF_DOCUMENT_TOKEN_TO_BE_REPLACED

On Tuesday, 12th of November, the second HALO flight of phase 2 was performed. The flight was dedicated to trace gas measurements in the vicinity of the Antarctic Peninsula.

END_OF_DOCUMENT_TOKEN_TO_BE_REPLACED

Daily campaign activities are already ongoing at Rio Grande Airbase again. The groups have reactivated their offices in the hangar and rearranged all the equipment which was stored in a container during the campaign’s break. HALO landed safely on 6th November at Rio Grande Airport after a five-day trip from Oberpfaffenhofen.

END_OF_DOCUMENT_TOKEN_TO_BE_REPLACED

On 2nd Nov 2019, Saturday evening 17:30 local time HALO took off from Oberpfaffenhofen and is now again on its way to Argentina. END_OF_DOCUMENT_TOKEN_TO_BE_REPLACED

On Wednesday evening at sunset, HALO landed at its home base in Oberpfaffenhofen. The operators on board were tired but happy to be at home (or only a few hours’ train ride away) after three more flights on the way back from Río Grande. Favorable wind conditions even allowed for a little detour further to the north over the North Sea to sample more of the northern hemispheric stratosphere. END_OF_DOCUMENT_TOKEN_TO_BE_REPLACED

Hola a todos! Greetings from the DLR Patagonia Wave Soaring Team from El Calafate! The last couple days we had fantastic wave conditions and our glider pilots flew each day and gathered many hours of measurement data. I had the chance to participate in some of these flights and this campaign insight is about the 10 h flight we made on the 25.09.2019 which almost ended on a dirt road out in the middle of nowhere.

END_OF_DOCUMENT_TOKEN_TO_BE_REPLACED 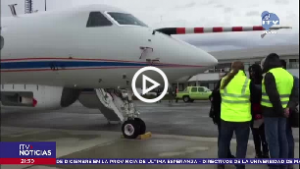